Cooper Davis felt like he's been smacked by a Mac truck and drug forty miles. Eight hours; he had eight hours until he had to go on deck. Signing up to be a greenhorn on a fishing vessel to catch cod was a mistake. He knew that, but it was a mistake that would lead to his dream of owning a bed and breakfast with his girl, Sage, a reality.

He pictured her as he drifted off. Her face made the pain bearable. Every ache was soothed by her smile. He heard her singing, as she did every morning as she made breakfast. She was a natural morning person, forced to be a night owl to keep her job. But not for much longer, soon she'd make her own hours and he was going to make that happen.

Sage's cheery voice was soon interrupted by a ringing. It was faint at first, but grew louder. Then it was ear-splitting. Cooper bolted up, quickly taking in his surroundings. He was still in his bunk on the Fancy Nancy cod boat, Sage a thousand miles away.

Cooper hopped out of his bunk and grabbed the survival suits. “It's okay, kid. Just put on your suit. Probably another drill.”

But Cooper knew it wasn't another drill, his heart thumbed against his chest so violently, he was afraid it would explode.

Taking a deep breath, he peeked his head into the galley. Smoke hazed throughout the cabin as Captian Mullis ran through the galley to get back to the wheelhouse. “Put on your suit, Davis and then up on deck and get the life raft ready. We're gonna need it.”

“Yes, sir,” Cooper nodded and grabbed for his suit.

“There's a hole,” Gavin whimpered. “I caught my suit on that nail we're always complaining about and now there's a hole in my Gumby suit.” He looked at Cooper tears in his eyes. “My mother begged me to stay home. Said I'd die out here. She's right. I'm going to die, aren't I, Davis. I'm never going to see my mother again or Suzie. The whole reason I came on this stupid boat was for Suzie. I want to marry her.”

Cooper rolled his eyes. “No one's going to die today.” He threw his suit at Gavin. “Put mine on.”

“Yes you can,” said Cooper, helping Gavin slip his feet into the full suit. He pulled the kid up, shoved his hands into the arms, pulled the hood up and zipped the suit as Gavin started to cry.

Cooper grabbed his chin. “You are not gonna die, Hart. Listen up. You're going up on deck and get that life boat ready. Then you're going to get in the damn boat and you're going to live. The minute you get on land you hug your Momma and kiss that girl. You hear me?”

Gavin nodded as Cooper pushed him out the door. “I expect to be in the life boat as soon as I get my suit on. I'm counting on you, Hart.”

The kid gave Cooper one more determined nod before running toward the stairs. Cooper turned and reached for the holey survival suit. With one foot in the suit, the boat listed to port side, causing Cooper to tumble. His mind raced as the boat didn't right itself. It was going down.

Ditching the suit, he struggled to make his way out of the bunk. Captain Mullis lay near the stairs. Water filled the galley as Cooper made his way to the Captain, who was already in his survival suit.

The captain mumbled and Cooper could smell the unmistakable scent of whiskey. Captain Mullis was drunk.

The cold water felt like tiny shards of glass stabbing Cooper's socked feet as he pulled the captain up the fun house stairs. Defying gravity, he made it to the top, just in time to see two more deck hands crawl out of the engine room, smoke billowing out from behind them. Neither had on their Gumby suits.

The men pulled the captain the rest of the way out of the stair case, inflated his life vest and threw him over the side of the boat and into the frigid waters near the life boat.

The boat groaned as it tilted even more, threatening to completely capsize. The men looked at each other, terror on every brow.

“We have to swim for the life boat,” said Cooper.

“Are you crazy?” said one of the men. “We'll die of hypothermia. It's better we stay on the boat. The Coast Guard is coming. We'll be safe here.”

An explosion from the engine room rocked the ship again, causing the men to stumble. Cooper fell towards the water, grabbing at anything in his path to hold on, but it was no use. He hit the water, the cold causing him to lose his breath instantly.

He tried to remain calm, tried to remember where the surface was. His fingers instantly went numb making it hard to swim, but he reached toward the light as hard as he could, breaking the surface just in time to see the boat sinking beneath the waves. The two deckhands still clinging to the fragmented ship, trying to stay out of the water.

He tried to yell at them to get away from the boat, that the suction would take them down too, but he lacked the air and strength to get his message across. He couldn't help them now, he had to find the life boat. He had to make sure Gavin was okay.

Twirling in a circle, he finally spotted the bright red boat. It was a good hundred yards away from him. He could just make out the Hart kid pulling Captain Mullis into the raft. “Good” he thought, “the kid made it to the raft.”

He turned his focus on Sage. He had to get back to her. Mustering up all the strength he had left he swam toward the boat. “I must get back to Sage” were his final words before everything went dark. 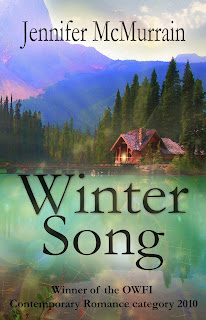